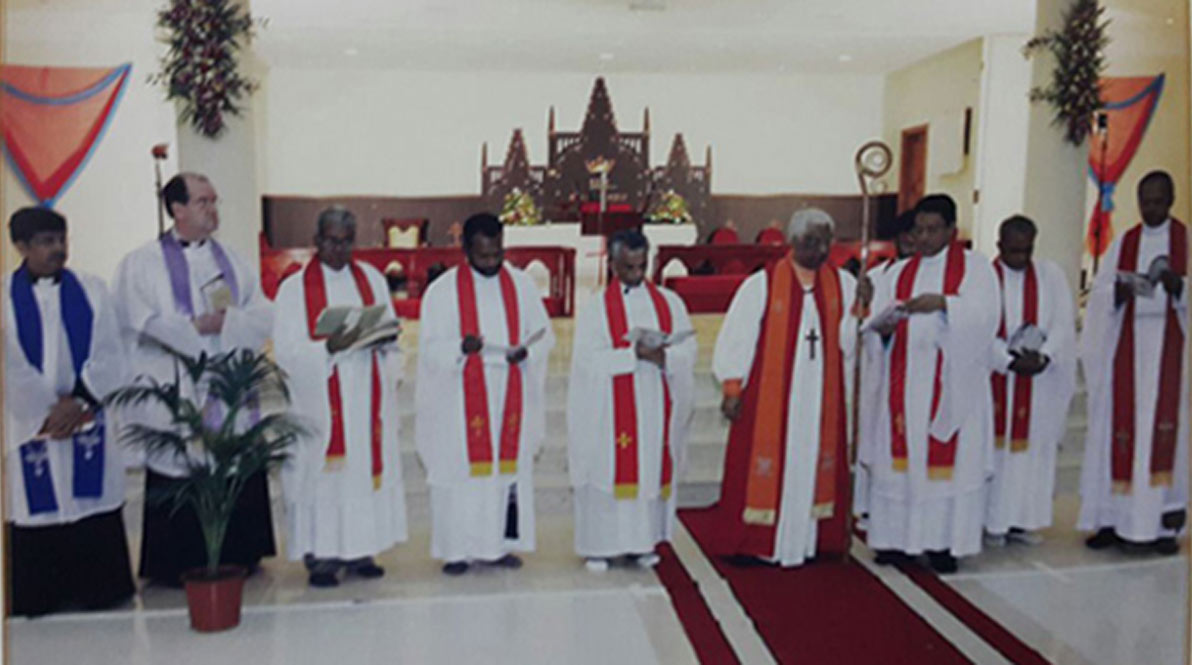 It was about 40 years ago; that a few dedicated KERALITE CSI Christians joined together and started a prayer group in Dubai, which by Grace of God, slowly grew in strength and progressed to form CSI Parish Dubai in 1978. Many of the CSI KERALITES living in Sharjah at that time joined the Dubai Parish. However, as time passed by, the number of CSI Members residing in Sharjah started increasing and many could not attend the Parish activities in Dubai constrained by distance and lack of affordable transport facilities. As such, they started sending their children to Sunday Schools run by other Christian denominations in Sharjah and themselves started attending these worship services.

In 1994, as a part of Dubai Parish, an area prayer started at Sharjah which gradually grew in strength and led to a monthly Church Worship service in Sharjah. The first CSI Malayalam Communion Service took place at St Martins’ Church, Sharjah in July 1995 and the attendance to this service has been increased gradually, as a result, the frequency of the service was also increased to being twice a month. In stages, The Church Choir also commenced its full-fledged activity. The need for Sunday school for the children was of paramount importance and as such, scripture classes began in September 1995 with as few as 28 children.

The necessity of having an independent parish in Sharjah to serve the maximum numbers of CSI Keralites living in Sharjah and the Northern Emirates to church activities was felt expedient. Accordingly, the Madhya Kerala Diocesan Bishop Rt Rev Dr Sam Mathew was approached, who gave all necessary guidance and help to proceed in this matter. A Constitution Committee was formed, which drafted a constitution and after detailed discussions, it was passed by the congregation. This was sent to Madhya Kerala Diocesan Bishop for approval. The Bishop approved the constitution and gave his consent to start the CSI Parish, Sharjah with effect from 1st April 1996. On 10th May 1996, Bishop officially inaugurated the Parish. Until such time a vicar for Sharjah Parish was posted, Late Very Rev M E John, who was then the vicar of Dubai Parish was given the additional charge of Sharjah Parish as a pro-term vicar.

20th May 1996, Rev Alexander Cherian took over the charge of CSI Parish Sharjah as the new vicar. Being a young and dedicated presbyter, Achen worked hard tirelessly and the parish developed steadily. An outstation service was started at Ras Al Khaimah in 1996 itself with regular fortnightly worship services. The formation of Youth Movement and Women’s’ Fellowship happened and established well during Achen’s tenure. Rev. Alexander Cherian have completed his three-year term with an ever-memorable dedication and have transferred back to Kerala in April 1999.

Very Rev P V Varghese was posted and took over as vicar of this parish in May 1999. Though Achen lived and served the parish without his family, the period of his service was the time of growth for the parish. He completed his tenure in April 2002 and was transferred back to Kerala.

In May 2002, Rev K Mathews Elenjikkal has taken over charge of the our parish. Under his able vicar ship and farsighted leadership, we were able to participate in the church building construction as a constituent member of the Sharjah Worship Centre(SWC). His ability in fund raising in this respect was commendable and the construction progressed very fast. However, Achen having completed his tenure got transferred back to Kerala in May 2005. His term in Sharjah witnessed phenomenal growth of the parish and shall be remembered for all the good work he has done for the parish.

This stone was laid to commemorate the dedication of the Church.

Rev C M Mathew took over as vicar of this parish in May 2005 and continued from where Rev K Mathews Elenjikkal had left. Many memorable events have happened by the Grace of God during his tenure. The Church building construction (SWC) was completed in November 2005 and Bishop Rt Rev Thomas Samuel dedicated the church on 2nd December 2005. A souvenir was published to mark this event. Also, as a thanksgiving on this blessed occasion, the parish Youth Movement sponsored and financed the construction of a church building at Kombukuthy for the Thottapradesha Mission. An outstation worship service was started at Um Al Quwain in 2006. The Almaya Fellowship was started in 2007. A new parsonage was rented conveniently near our church and dedicated on 3rd May 2008. During this period, the parish witnessed a remarkable growth in membership. Achen completed his term of 3 years in Sharjah and transferred back to Kerala in April 2008. The parish will remember him with gratitude for all the good works he has done for the spiritual and organizational development of the parish.

Rev George Mathew took over as the vicar of this parish on 8th May 2008. Being a promising young talented and dynamic presbyter, the aspects of spiritual development was given a big impetus during his tenure. The membership of the parish had grown tremendously during his tenure. The most outstanding achievement during the period was the initiation to construct three church buildings in the three Dioceses of Kerala, viz., Chorakkulam – North Kerala, Kulamavu – East Kerala, and Kavalam – Madhya Kerala respectively. A formal segregation of the Parish into 21 geographical zones for ecumenical prayer fellowship got formed as well. These area prayer groups are well organized and disciplined groups led by dedicated leaders assigned by the parish and conducts prayer fellowships in their areas on the First Fridays of each month. Achen also paved the way for ecumenical unity with Marthoma Parish by conducting Unity services jointly with CSI-Marthoma Parishes, and was being continued till 2017. After the completion of his successful three years in Sharjah, Achen was transferred back to Kerala in May 2011. The parish will remember him with thanks for all good works he has done for the spiritual and organizational development of the parish.

Rev Jacob John Mullackal joined the Parish as the new Vicar in May 2011. Being a well experienced Presbyter and a good orator, his tenure is expected to be a period for spiritual growth in the parish. He is being ably assisted by Kochamma Dr (Mrs) Sally Jacob, an educationist and the Women’s Fellowship secretary of the Diocese. Achen used to visit all parish members frequently, which can be highlighted as one of his remarkable qualities as a vicar. Moreover his associations with the other Christian churches were very much encouraging for the development of the Christian brotherhood. During his period, there were numerous increase in membership. Two of the proposed church constructions – 1) CSI Church, Kattoli (East Kerala Diocese) with the support and supervision of youth movement, 2) Church & Parsonage at Kavalam (Madhya Kerala Diocese) with the support and supervision of CSI Parish Sharjah were completed and dedicated during his tenure. Regular Bible study classes were being conducted under his leadership. In 2012, with the initiative of Achen, the parish has started Members Captive Social Benefit Program to provide members life & body repatriation coverage. Also, the Parish acquired a new Toyota Innova for Vicar’s community visit and outstation services. In short, Achen’s tenure in the parish can be considered as a spiritual and constructive development period. Achen was transferred to Kollakadavu in 2014.

Rev Das George, taken charge in 2014 June as the new vicar. Achen’s experience as the project leader of CSSM and Youth Movement of MKD will help the Sharjah parish to cherish during his tenure. The young and energetic leadership was a dynamic era of the parish and was a motivation to all parish members. During his time the parish has taken up many projects as a part of the Bicentenary Project. It can be mentioned in the golden words that we could complete one block of Palliative Care Unit of Bishop Joseph Memorial Hospital Pallom. Also we were able to sponsor a Maruti Omni Ambulance for BJM Hospital, Pallom.

In May 2017, Rev Varughese Mathew joined as the new vicar of our parish. Achen could lead the parish with heavenly patience without any partiality and By the grace of Almighty, the church continued functioning with the full harmony. He was a true spiritual personality. Many projects as a part of Sharjah Parish’s Silver Jubilee have been planned during his tenure but unfortunately we couldn’t execute anything due to the COVID pandemic situation all over the world. The churches all over were being closed for long period and our parish also was closed for more than 5 months in the year 2020. Achen got transferred to CSI Parish Ranni as a mutual transfer with Rev Binoy M Tharian in 2020 and he is continuing as the vicar till date.

The Parish has decided to celebrate the 25th anniversary (Silver Jubilee) with the construction of a school project in Bhilai Mission and the project is on process. Also the parish could help many needy people in the pandemic situation with all kind of support spiritually, financially and more.

We are thankful to God that HE has showered the blessings to our congregation all these times in this foreign land for which we shall ever remain thankful to Him, and adore Him and worship Him by doing His will. 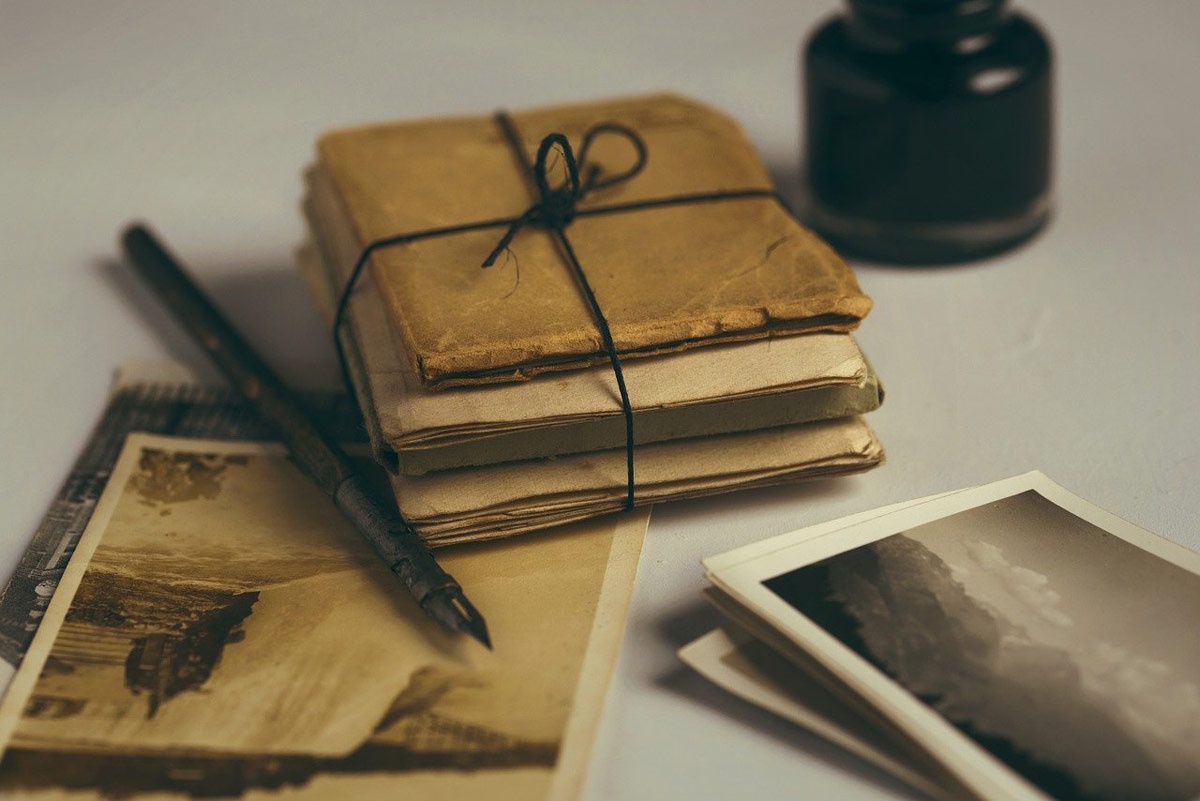 “Remember the days of old, consider the years of many generations: ask thy father, and he will shew thee; thy elders, and they will tell thee.”
Deuteronomy 32:7